Minimalism is a lifestyle or aesthetic characterized by profound simplicity.

At its core, minimalism is about eliminating the unnecessary to bring focus and appreciation to what truly matters.

The benefits of minimalism, backed by science

If you’ve ever decluttered your home or nixed unnecessary commitments from your calendar, you know the positive impact it can have on your life.

But research also shows that minimalism has real, science-backed benefits, too. From reducing stress to increasing time, freedom, and satisfaction, here are 15 major benefits of minimalism.

Science has found a direct correlation between clutter and cortisol, your body’s primary stress hormone [1, 2].

A follow-up study also showed that women with tidy homes had better moods and a more significant reduction in cortisol later in the day than those with cluttered or unfinished homes [2].

Minimalism can have substantial mental health benefits by reducing feelings of stress and anxiety and helping keep cortisol levels balanced.

Our brains like order, and constant visual reminders of disorganization drain your cognitive resources and reduce your ability to focus.

One study found the more physical objects there are in your visual field, the harder your brain works to filter them out —which can increase tiredness and reduce productivity over time [3].

On the other hand, research shows simplifying your environment can improve productivity and focus. For example, in one study, clearing visual clutter from home and work environments resulted in increased productivity and a better ability to focus and process information [4].

Goods, housing, and heating costs are at an all-time high, yet nearly half of Americans consider their homes cluttered with things they don’t need or use, and one in seven Americans has a room in their home they cannot use because it’s filled with clutter [5]. That’s a lot of money spent buying and storing unnecessary stuff.

By cutting back on purchases and finding satisfaction in what you already have, minimalism can help you spend significantly less. Selling your extra things can also put extra money in your pocket.

Nearly half of Americans estimate they have more than $1,000 in unused items sitting around their homes. Surprisingly, only 19% intend to sell their unwanted items [5].

If you have a lot of stuff you don’t use, selling your unwanted items can pay off big time.

Getting rid of all your unnecessary things could mean significantly fewer chores.

According to the National Soap and Detergent Association, a 2019 study found that removing clutter would eliminate 40 percent of housework in the average home [6].

When you own less stuff, you’ll spend less time cleaning and have more free time to enjoy in your daily life.

Materialism, a tendency that places great importance on material possessions, is associated with greater dissatisfaction in life [7, 8].

Spending money on experiences, however, has the opposite effect. One study found experiential purchases (for example, taking a trip or going to a movie) can produce more happiness and positive feelings than material purchases [9].

Researchers believe experiences can make people happier because they are more open to positive reinterpretations, are a more meaningful part of one’s identity, and contribute more to successful social relationships [9].

Minimalism can help you create a happier, more meaningful life by increasing your well-being.

Those with greater well-being are happier and perceive that their lives are going well. They have higher life satisfaction and fulfillment, positive functioning, and fewer negative emotions [10].

Participants also noted that minimalism gave them a sense of control and made it easy to maintain order in their environment, a key factor in their well-being [12].

Have kids? Research shows that having fewer toys is key to better (and longer) play.

One study found that children provided just four toys engaged in longer periods of play with a single toy and played more creatively with the toys supplied than children given 16 toys [13].

If you’re inspired to declutter your toys, take my 5-Day Toy Declutter Challenge!

One study of middle-class American families found that three in four garages are packed with so much stuff that there is no room for a vehicle, even though the average new home in the U.S. has more than 2x the square footage per person than homes built in 1950 [14].

Creating a clutter-free environment will give you more usable space to use and enjoy in your home.

The depletion of natural resources and pollution produced from consumerism is not only wreaking havoc on the planet, it is also driving climate change [24]. A 2015 study found that the production and use of household goods and services was responsible for 60 percent of global greenhouse gas emissions [15].

In addition to reducing clutter, minimalism encourages the reduction of everyday consumerism.

By buying fewer new things and recycling, reusing, and repairing items we own, we can use significantly fewer natural resources and produce less waste and pollution.

In addition to helping you be physically active, maintaining a minimalist home may nudge you to make healthier food choices.

In one study, participants in a tidy room chose healthier snacks, while those in a messier space were more than twice as likely to choose chocolate bars over apples [16].

If you want to clean up your diet, simplifying your surroundings may have some benefits.

Because they’re private spaces, bedrooms are often one of the most cluttered rooms in the house. For example, 27 percent of Americans use their bedroom for storage [17].

However, research shows having a highly cluttered bedroom can mess with your sleep. Clutter has even been linked to sleep disorders.

In one study, the more bedroom clutter someone had, the more likely they were to have a sleep disorder [18].

Clutter doesn’t have to get in your way of a good night’s sleep, though. Research has found a few minutes of decluttering each week may reduce sleep-related problems and improve sleep quality [19].

Here are some tips for creating a minimalist bedroom that may help you get a better night’s rest.

Americans spend roughly 5-20 minutes every day looking for misplaced things [20, 21]. That may not sound like much time, but over one year, those lost items can take anywhere from 30 hours to 5 days of your life.

When you own fewer items, your belongings are easier to track and keep organized.

“The more things you own, the more they own you.” This famous minimalist saying seems to have some truth to it.

The good news is minimalism can help you break free from the burden of your belongings and significantly improve your sense of freedom.

One study showed that individuals who had once felt “trapped,” “tied down,” or “burdened” by their possessions reported feeling “liberated” from their possessions and the unsatisfying cycle of consumerism after adopting a minimalist lifestyle [12, 22].

you’ll have more to devote to what matters most.

In one study, self-identified minimalists —particularly those with children— reported having more time because their simplified spaces required significantly less cleaning and organizing [12].

Participants also reported having more ‘mental energy’ as a benefit of minimalism, which they largely attributed to spending less time and energy on clothing [12].

Having a tidy home may be one of the secrets to better health.

Research shows those with tidy homes are more physically active and in better physical health than those with cluttered homes [23].

While it’s not clear whether the condition of one’s home impacts physical activity or whether people are staying more physically active by keeping their homes tidy, regular dusting and decluttering seem to do a body good.

While the practice of minimalism will look different to different people, the benefits are the same. Adopting a minimalist mindset can improve your stress levels, sleep, mental and physical health, increase happiness and well-being, reduce your environmental impact, and also save you time, energy, and money. Maybe most importantly though, minimalism can bring awareness to what adds value to your life, and help you let go of what doesn’t.

If you’re new to minimalism and want to take steps to simplify or create clutter-free home, these resources can help you get started:

Have kids? Check these out too! 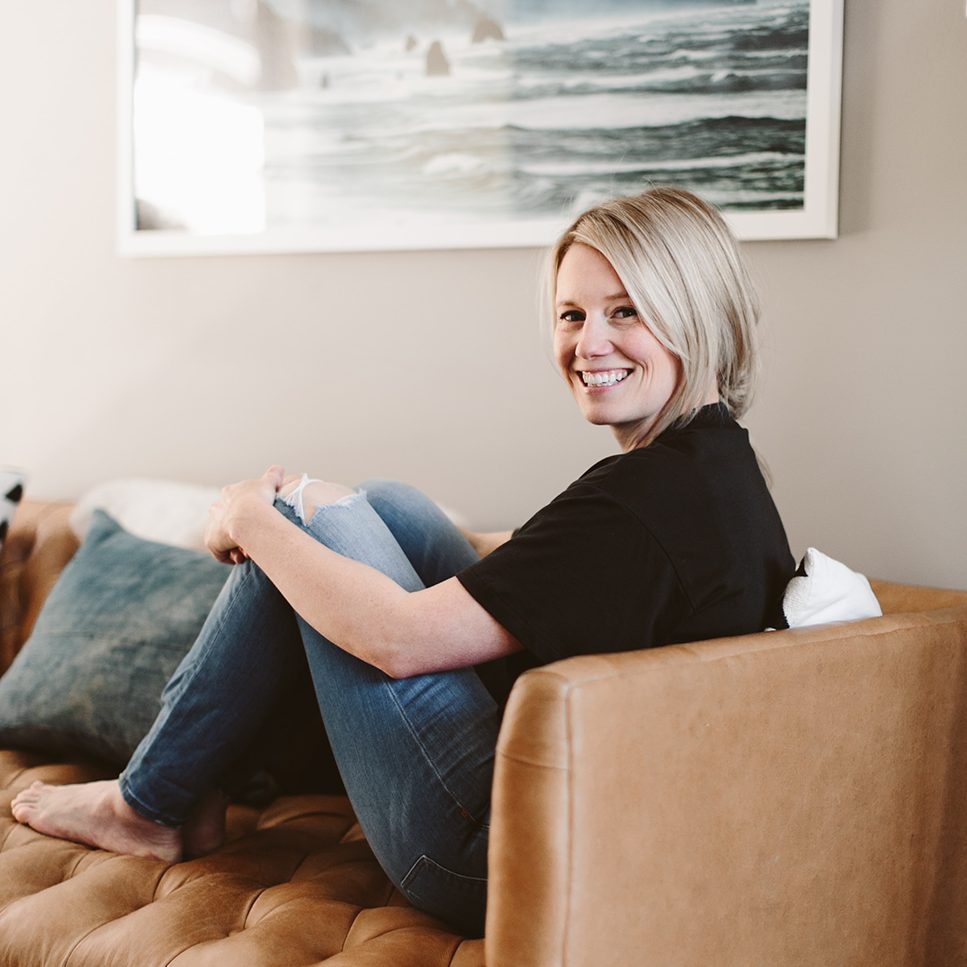 I'm Elle, Registered Dietitian and minimalism-obsessed mama with a thing for simplifying, particularly when it comes to clutter, calendars, and family meals. Favorite things include carbs, cooking, kid-free workouts, and high-waisted yoga pants.

Here at Modern Minimalism, you'll find our solutions for living simpler, uncluttered lives, and a community of parents interested in simplifying and minimalism with kids.

What works for us may not always suit your family but I encourage you to take, adapt, and share what does.

If you're new, read the story behind the blog, and then head here for the best of our beginner articles, guides and inspiration to start your own simplifying journey.

Thank you for being here!

Sign up for my best simplifying tips, decluttering to-dos, and minimalist meal ideas.

Just because you have a capsule wardrobe doesn’t 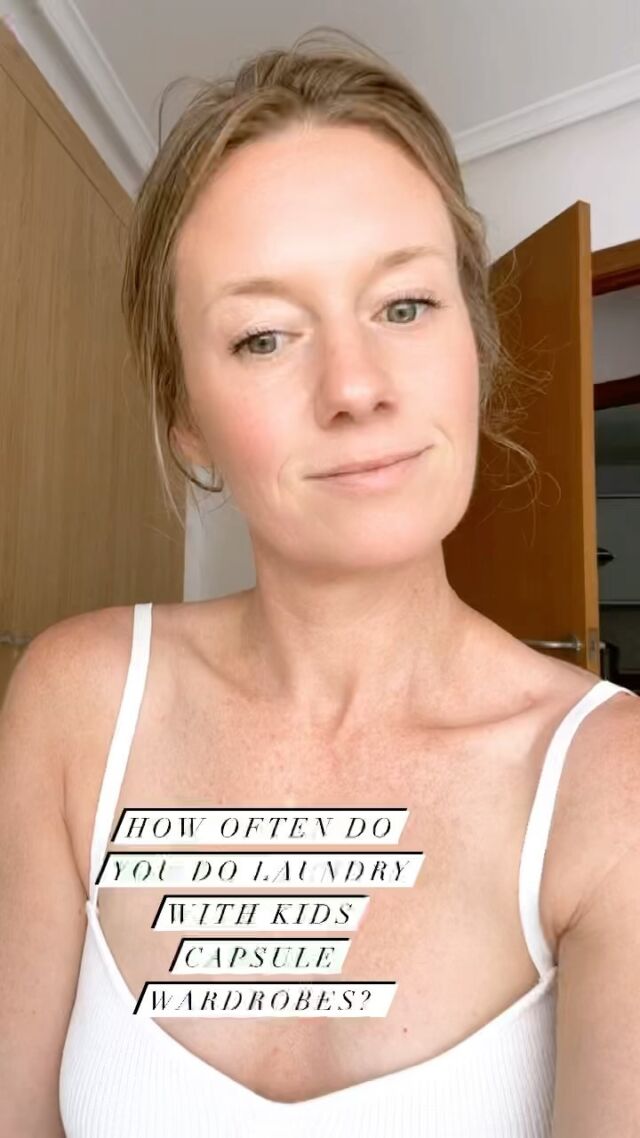 GIVEAWAY! Like the idea of a kids capsule wardrobe 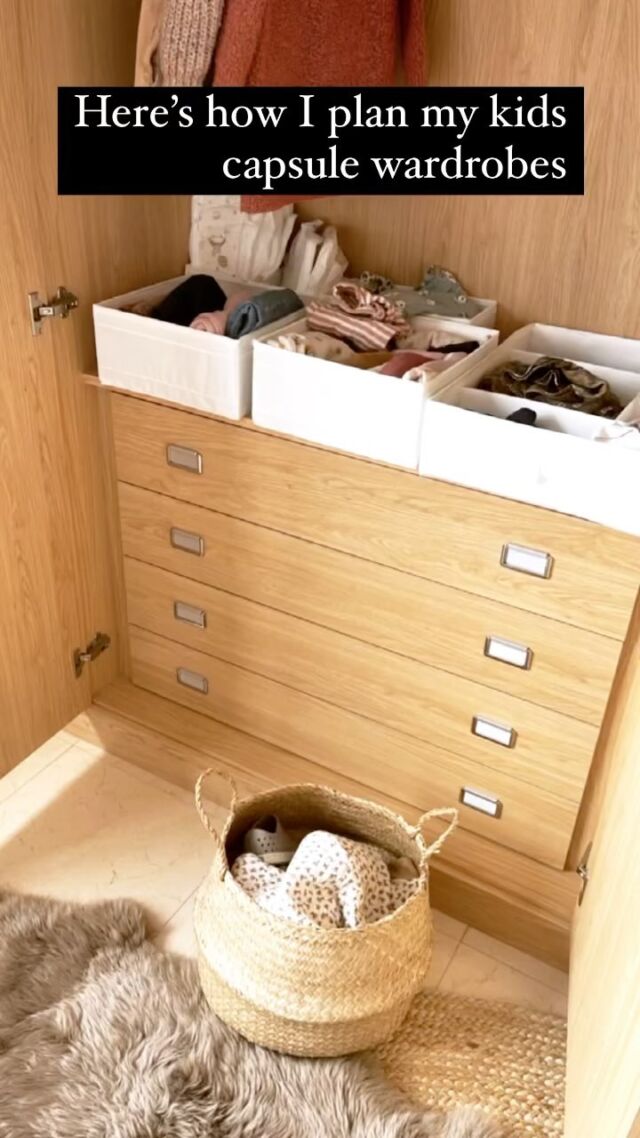 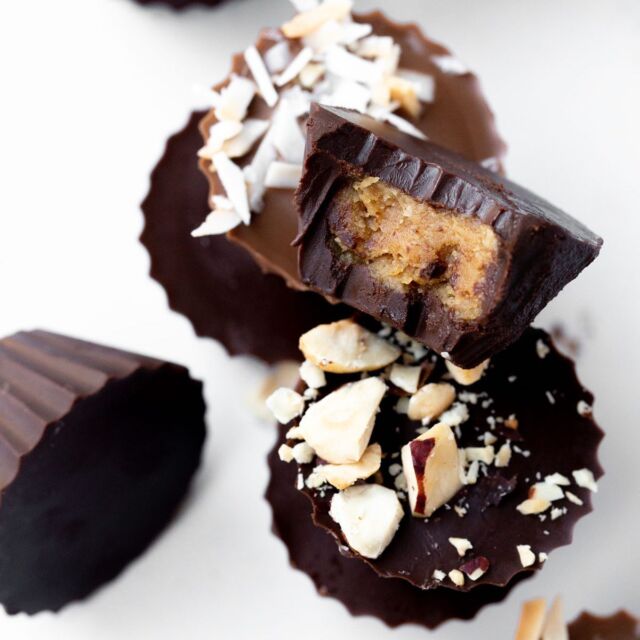 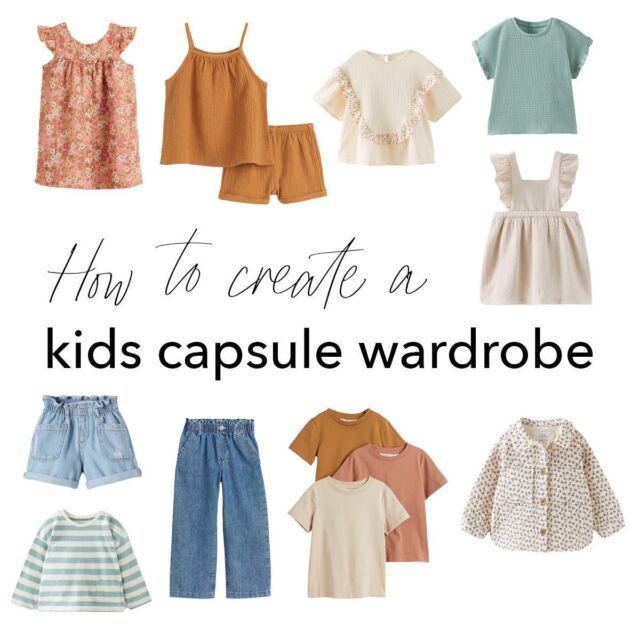 I know it's been a while but, what better way to c 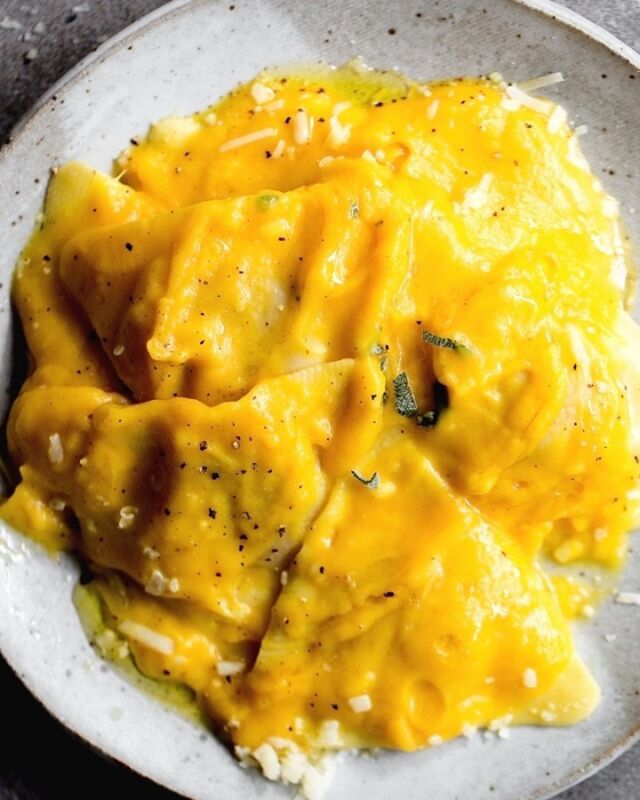 We've had a lot going on behind the scenes the las 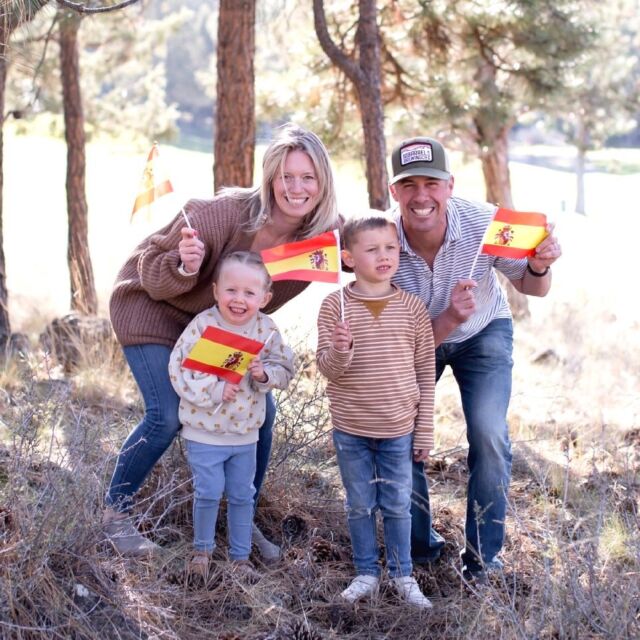